Navratri shakti || Facts You need to know about Navratri festival

Navratri shakti which means “nine nights” has celebrated to honor Mother Durga. Throughout this period, Goddess Durga is worshiped in all her divine forms including Goddess Durga, Goddess Kali, Goddess Saraswati, and Goddess Lakshmi.

It has one of the most important Hindu festivals celebrated twice a year. One which is known as Chaitra Navratri in early summer in March or April. and second Navaratri celebrated in September or October and is known as “Sharad Navaratri”.

There are spiritual, natural, and mythological reasons why we celebrate Navratri nine days and twice every year. Navratri has celebrated on the occasion of seasonal changes. One in early summer and the other in early winter.

At these seasonal junctions, Mother Nature undergoes a major transformation and is welcomed through the Navratris by the Goddess Sakthi, who is the incarnation of nature herself. Witnessing both Navaratnas suited the weather conditions which has perfect for big celebrations.

It has believed that Lord Rama started the tradition of celebrating Navratri, In Hindu mythology, just before winter. He performed Durga Puja before returning to Lanka and returned victoriously.

In both of these, the devotees of Navratri invoke Mother Durga which represents the supreme energy of the universe. It underlying energy that drives the work of creation, preservation and destruction.

“Durga” means one who removes sorrows.

People worship him with full devotion so that Goddess Durga can remove the sorrows from her life and will fill her life with happiness, joy, and prosperity…

Navratri shakti – The Navratri of the Mother Goddess, according to the lunar calendar, and it will fall in the month of Aswayuja / Aswayuja Maasa of Dwadashinarayana and it marked the beginning of the Sarath season (early autumn) of the year and is called Devi Saranavratri.

So The culmination of 9 days of worship of the Mother Goddess is Dussehra (ten (ten) + aha (morning) + Ratri (night)), the 10th-day festival known as Vijayadashami

Mother Goddess is worshiped in 9 forms, on each of these days

In South India too, the following forms of the Goddess are worshiped.

Alankaram can change every year according to the Thidis and Nakshatras.

It has been said that one human year is equal to the day and night of celestial beings (devas/devas) and goddess Navratris, Brahmi muhurtama (about 96 minutes before the sun rises) to the gods and even all celestial beings. During this time, worship the Mother Goddess.

Vijayadashami, the day of celebration, the day the Pandavas came out of Agnayatha Vasa (the stage of hiding in the Mahabharata) and Arjuna defeated the Kaurava army at the Virat Parvam of the Mahabharata, So clearly marked their intentions that the war had inevitable.

It has also believed that any work started on Vijayadashami will be a major success.

Sri Shirdi Sai attained samadhi even on the day of Vijayadashami.

Navratri shakti has a celebration of Adi Shakti enshrined in the Mother Goddess. The name Adi Shakti or Adi Shakti literally means’ prana shakti ‘or ya prana energy.’

In Hinduism, it is the power or energy that affects the entire existence. In other words, he is not only powerful, but he is powerful. He himself is the power/energy/force that allows all creation including conscious, lifeless, and divine.

He himself is Prakriti (nature). {According to Lakshmi Ashtottaram}. However, She is the mother of all beings, ranging from the smallest insect to Lord Brahma {according to Lalitha Sahasranamam).

Thus, Navaratri marks a very important time in a year where a person can increase their spiritual progress in worshiping the Mother Goddess and work towards attaining salvation, which according to Sanatan Dharma is the last of a person’s aims at.

Different views from this.

There are four Navratras, like the four seasons. And They all come during important fleeting periods of the season. This points to the possibility that these festivals had designed to prepare for changes in the seasons.

If someone were sees the food that needs to be eaten, however, it is basically a detox diet. So objective (apart from spiritual knowledge) may be to detox the body and prepare for the beginning of a new season. This will reduce the likelihood of getting sick due to seasonal changes.

THANK YOU VISITORS TO GIVE  YOUR PRECIOUS TIME FOR READING THIS ARTICLE, AND I HOPE YOU LIKE THE ARTICLE ABOUT NAVRATRI SHAKTI, SO IF YOU LIKE THEN SHARE IT…..HAVING ANY QUERY ABOUT THAT YOU CAN COMMENT ME ……

Now Buy Pooja thali, Navratri is coming soon This offer only for you Look both of this

Follow us in social media
Tags: about navratri pooja, navratri days, which goddess day is today, why is navratri celebrated

Join this and earn money 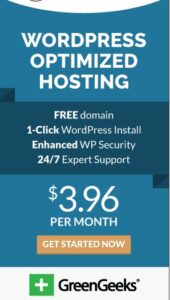 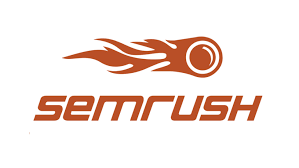 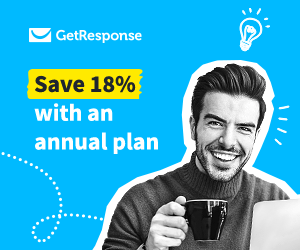