Skip to content
admin 5 months ago 2 min read
Myself Aman ghanshala How are you all? Today I am going to Share With You about abu bakr al-baghdadi  who has been recently killed by american soldiers.
Bagdadi exported terrorism in many countries of the world. He was Brainwashed thousands of youth and made them terrorists. Because of that thousands of people were killed. And, with his proclamation to establish an Islamic caliphate, he has put innocent Muslims around the world in trouble. Those who are targeted just because of Baghdadi and their religion are one. Whereas, Muslims are the largest number of those who are killed and killed by Baghdadi and its ISIS.

Baghdadi was continuously increasing its strength. In March 2013, the anti-Assad faction wonin Raqqa, Syria. But there was no single opposition group in Raqqa. Nusra Front and ISI was also here. Baghdadi also reached Syria from Iraq. She announced in April 2013, since now Nusra is part of her organization. It was renamed Islamic State in Iraq and Syria’ (ISIS. 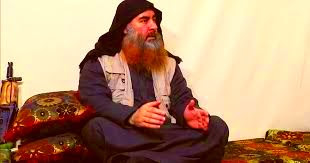 There was great brutality in the rule of ISIS. Yazidi community had the worst condition. People were being burnt alive. People were being hanged at the crossroads. He was being stoned to death. The hands of the thieves were cut off. Video of people strangling people was being posted online. 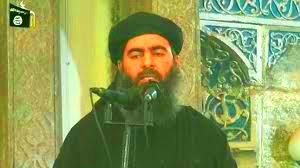 DonaldTrump on Sunday announced the killing of IS leader Abu Bakr al Baghdadi. Earlier he told that the body of Baghdadi is buried in the sea this work was carried out completely under the rules. ”US defense sources explained that a DNA test was done after his death.
Also read : https://amanized.com/2019/11/what-was-the-history-of-mata-chamunda-mandir/
Also read : https://amanized.com/2019/09/what-is-the-main-reason-behind-dhirubhai-ambani-sucess/