Steve married Laurene Powell in 1991 and has three daughters and a son, his daughters are named Erin Sienna Jobs and Lisa Brennan Jobs and Away Jobs and their son’s name is Reed Jobs. 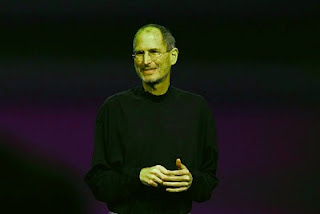 jobs became Apple’s co-founder in 1976 and Apple’s personal computer was sold. Apple went ahead with the boom and earned money and at the end of the first year became a personal computer maker. Apple became the first major company to produce personal computers in such a large amount. Jobs was working as CEO in the company in 1997, Apple created the iPod in 2001. Then in 2001, the iTunes Store was built.

They got a disease like cancer, he breathed his last on October 5, 2011, Such a feat has been shown by Steve Jobs many times throughout his life, whether it is the first time he resigns from Apple or is the credit for bringing the Apple company back in the market.
Also read : https://amanized.com/2019/09/how-did-azim-prem-g-become-sucessful/

3 thoughts on “How Did Steve Jobs Become a Successful Entrepreneur?”