Skip to content
admin 9 months ago 1 min read
New Zealand’s RPG have not been able to do anything against England. Only Henri Nicholas scored 55 runs in 77 balls, including half-century.England needed two runs on the last ball. Here Stokes can take only a monotone. Mark Wood jawed out. And the match got tie. I.e. went to the super over.
England have made it to the semi-finals of the World Cup for the first time since 1992. 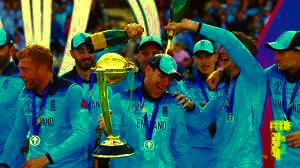 score was equal in super over England won the match because of putting more boundaries than New Zealand in this match. The New Zealand team put together a total of 17 boundaries and England scored 26boundaries.New Zealand wins in Super Over He needed two runs on the last ball but one run and the score was equal.


This is the first time that a World Cup final match is tied. Subsequently, the super-game was played according to the rules.both team played,both team gave his 100 percent effort in this match.
Also read
https://amanized.com/2019/07/newzealand-win-a-victory-over-india-by-18-run-in-10-july-2019/