Skip to content
admin 10 months ago 2 min read
Many Assumptions About The Temple of Mata Mansa Devi The history of Srimata Mansa Devi is as ancient as that of other Siddha Shakti Peethas. The detailed description is given in Shiv Purana about how and when these Shakti Peethas came up. According to religious texts, Chodamani, the number of such texts is 51, whereas in the Goddess Bhagwat Purana the mention of 108 Siddh Peeth is found, which appeared from the fall of Sati’s limbs. 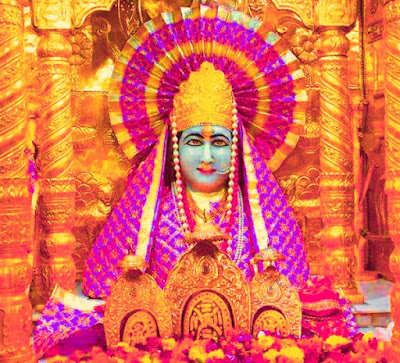 It is said that if a person comes from the true mind for 40 days continuously worshiping Lord Mansa in worship of Goddess Mata, then Mother Mansa Goddess fulfills his desire. Mata Mansa Devi’s Chaitra and Aashivan month fetches fair in Navratri.
Mantra DeviShaktipeeth has become a place of worship for millions of devotees of the country due to the fall of the head of the Goddess on Panchkula. Apart from this, many stories are famous about Shri Mata Mansa Devi Temple.
The history of Mata Mansa Devi is as ancient as that of other Siddha Shakti Peethas. There is a detailed description of how and when these Shakti Peethas arose, in Shiv Purana.

When Mata Parvatiwent to her father without calling in Ashwamedh Yagna of the King of the Himalaya, Ashwamedh Yagya, then no one did not fear her and did not even take part of Shiva in Yajna, then for self respect, mother herself gave herself in the fire of sacrifice done. done. After knowing the Shivaji Yagya at the place, taking the body of Sati and taking the body of dancing, started wandering in the country and countryside. When Lord Vishnu got worried about Lord Shiva’sbrutal form, then Lord Vishnu separated the body of Sati by dividing the target from Sudarshan Chakra. After which the parts of the body of Sati where at different places where Shaktipeeth was established.