Skip to content
admin 10 months ago 1 min read
This is his 13th consecutive win against Bangladesh. He got the previous defeat on the field of England in June 2005. Australia scored 381 runs in 5 overs in the first 50 overs. Bangladesh’s team could only manage 333 runs in 8 overs in 50 overs.
Khawaja and Warner shared a 192-run partnership for the second wicket. Khawaja hit 10 fours in 72 balls. Earlier, captain Aaron Finch scored 53 runs. He hit 24th ODI half-century. 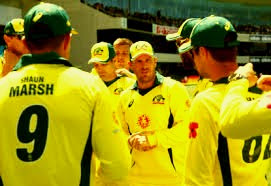 Mahmudullah became the first Bangladeshi to impose the fastest half century against Australia He made this record on 41 balls. Even earlier this record was his name. 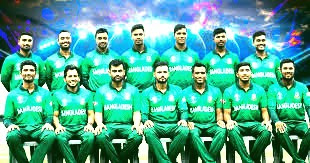 Bangladesh scored 333 runs at the loss of eight wickets and lost by 48 runs. Mushfiqur Rahim scored 102 runs on 97 balls but could not win the team.
With the win over Bangladesh, Australia defeated New Zealand (9 points) and England (8 points) in the points table. Now New York is second, England at number three and India in fourth place. Australia have lost just one match (against India) so far in the tournament.
Follow: https://www.instagram.com/ghanshala_aman/
Also read : https://amanized.com/2019/06/india-win-a-victory-over-afghanistan-by-11-runs-in-june-22-2019/