Skip to content
admin 11 months ago 2 min read
Last month, the Supreme Court agreed to reopen the case of Rafael Deal’s leaked documents as evidence. On this, Rahul had said that the court accepted that ‘the watchman is the thief’. After this, BJP leader Meenakshi Lekhi had filed a contempt of court case against the Congress president. On this, the court had asked Rahul not to issue a notice without any notice. Rahul had on April 22 believed that the court did not say anything like this and this thing came out of his mouth in a warm electoral atmosphere. He regretted his comment. 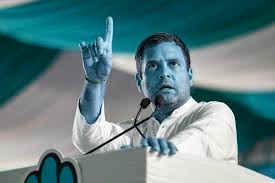 On Rohatgi’s claim, Singhvi said that the court had asked for clarification from his client which he gave. The court did not issue notice to them. Chief Justice Ranjan Gogai said that you are saying that the notice was not issued, then now giving notice.
During the hearing on April 23, the court asked Mukesh Rohatgi, the lawyer for writing, what did Rahul write in reply? Rohatgi said that Rahul had admitted that he had given a wrong statement to the journalists without seeing the order of the court. Rohatgi also said that the way the sorry has been expressed can not be said to apologize.
On Wednesday, Rahul Gandhi sought unconditional apology from the Supreme Court on the statement of the watchman thief. Rahul had just expressed regret in the two affidavits filed earlier in the case of contempt. The court rebuked him on this. After this, Congress President’s lawyer Abhishek Manu Singhvi had apologized verbally to the apex court. Simultaneously, he had sought a moratorium on the filing of a new affidavit.
Also Read : https://amanized.com/2019/05/kim-asked-the-soldiers-to-live-accurately-after-the-missile-test/