Skip to content
admin 11 months ago 2 min read
The BJP will need huge amounts of money to meet its promises. According to the information, the strategy has also been considered for this. Unlike the current tenure system, the government can raise money from the market this time.

Reduce the prices of food items

The BJP believes that this issue has proved to be the most beneficial deal for not being an issue of inflation. According to a BJP leader, if there was inflation, then any issue of the party does not affect the public. Therefore, this time too, it will be a big challenge to reduce the prices of food items.
.
According to sources, the government can work on giving a large amount of loans to the youth to do their business. The central government considers the money lone scheme as a big success. Moving forward this plan, the government can now simplify the process of taking loans up to fifty lakhs. In this area, small traders along with the youth can also be given easy access to the loan facility. 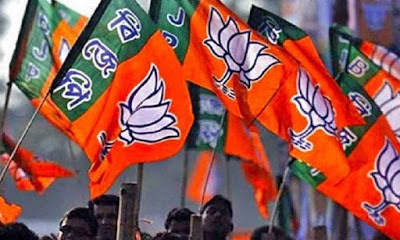 The issues will be taken in the form of a new government, and where the funds for them will be mobilized, the strategy is being formulated on all these issues. According to BJP sources, the party will put the issues of farmers in the front of the promises made in front of the people in their resolution letter.
The present government had to be the victim of most of the Opposition attack on the issue of jobs. Rahul Gandhi had raised the uncomfortable situation for the BJP many times by raising the issue of unemployed youth of the country in every rally. That is why this time the party does not want to leave any shortage on this front.